Years snowboarding: I’m taking on my 21st season! How crazy is that? 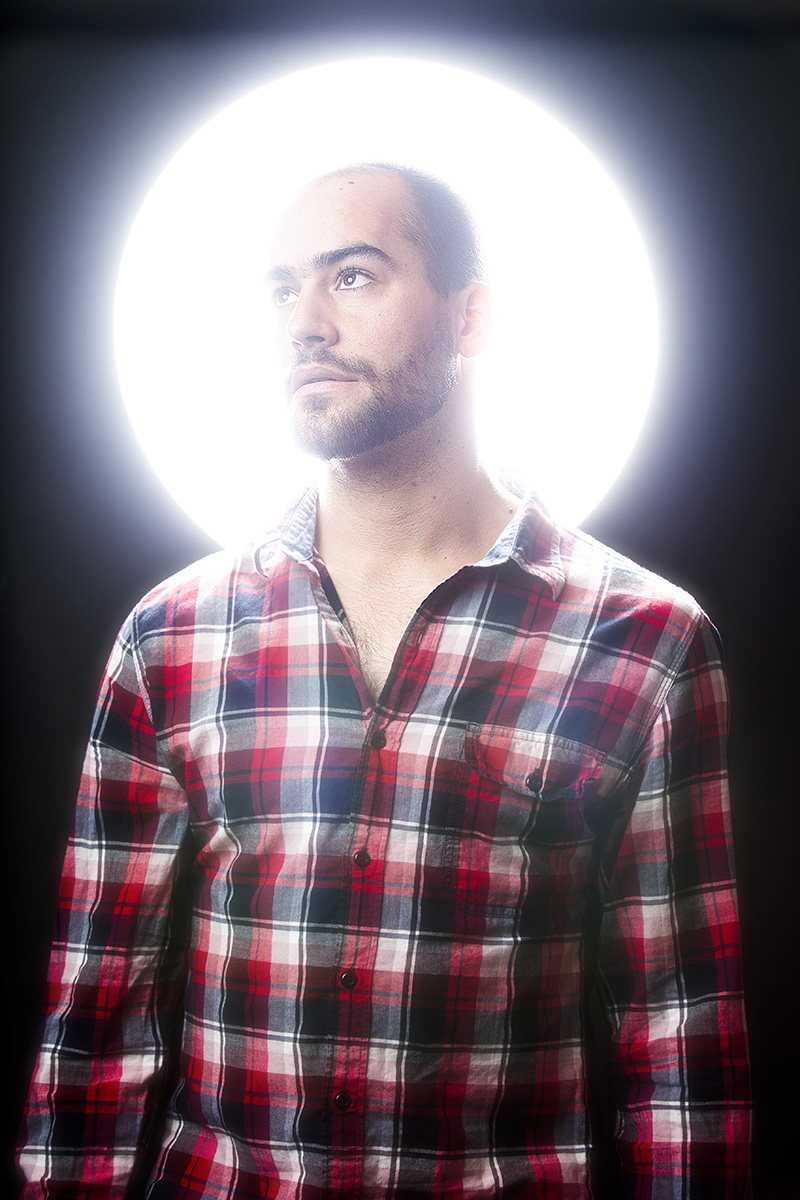 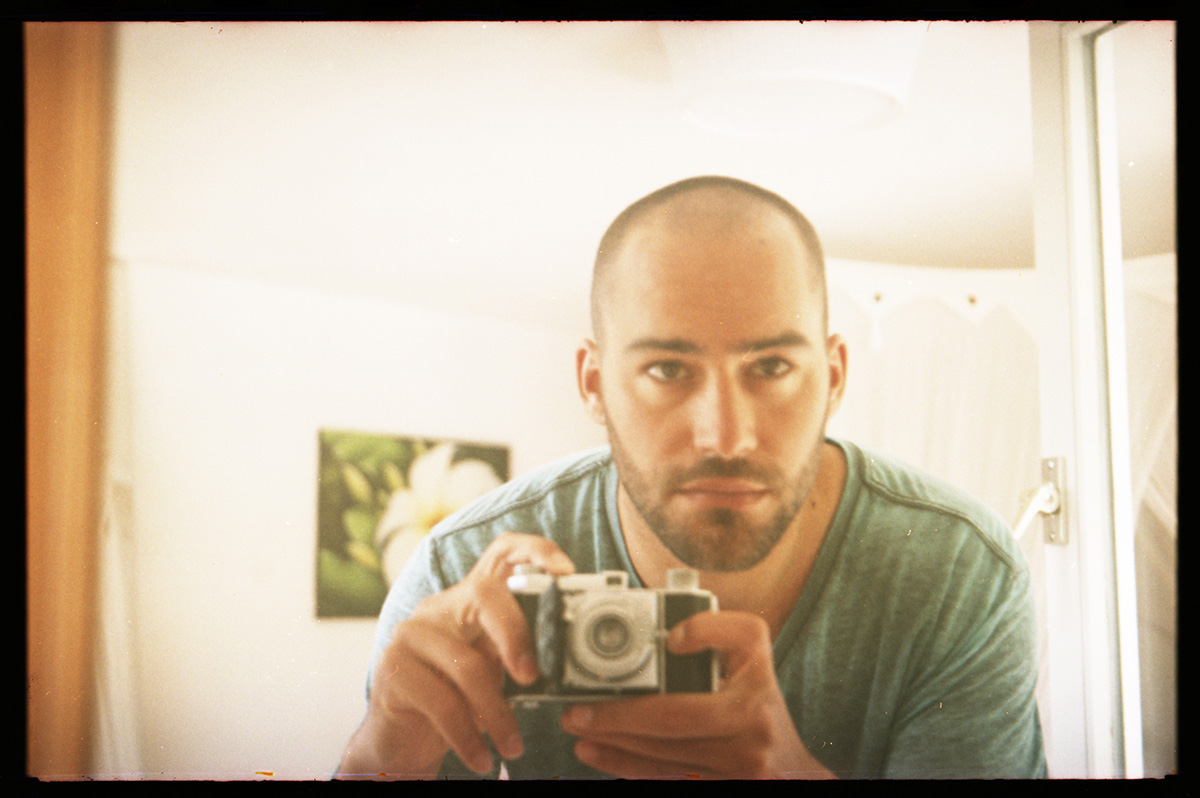 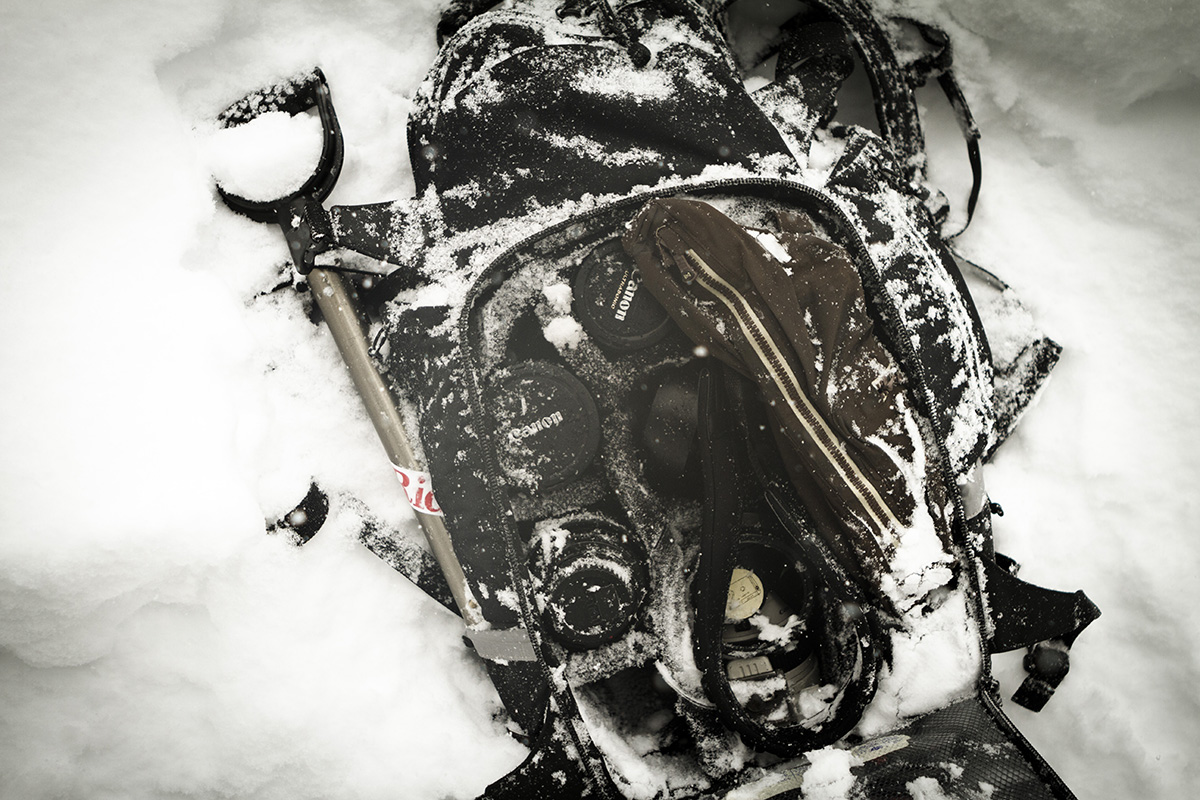 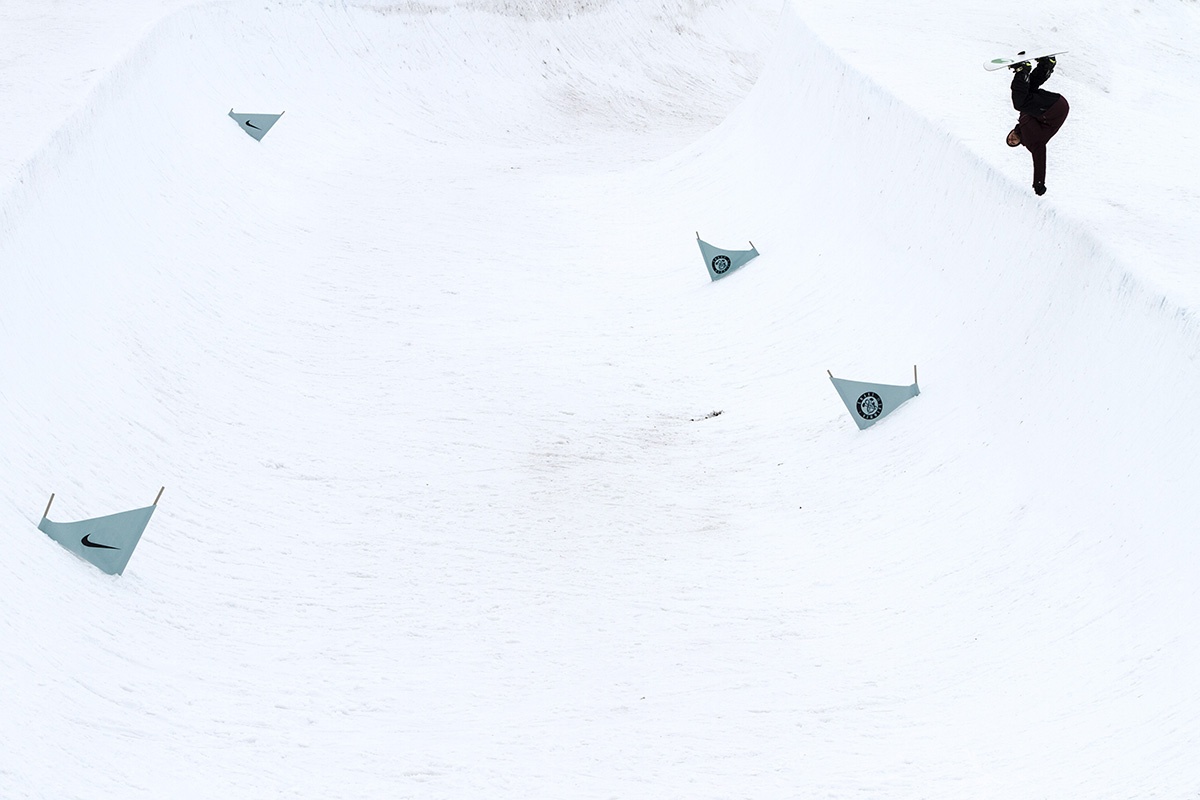 I grew up on the countryside, with a lot of space to roam and explore. As the youngest of three kids, my parents were pretty mellow by the time I came around, so I always had quite some freedom to play with, which I used extensively. My parents have always supported everything I did and never judged my interests or burdened me with expectations, which I can’t thank them enough for.

I made it through High School (Gymnasium) and then started Architectural studies, but quit after the first year. I never went back to school after that and I have no intention to do so in the future. I don’t believe too much in the common system of teacher-student interaction.

I did a lot of planned stuff back in the days, but I’m more stoked on documenting these days. Snowboarding as it is is exciting enough to me.

You have a good crew. I could go on about other aspects, but it will all just come back around to the crew you’re working with. Conditions are almost never crucial.

I’m nowhere yet when it comes to “photography” as such! But I have a handful of stoked clients, and I’m making a comfortable living off shooting freelance. I’m really proud of that actually. I’m sustaining my own business, not many people can claim that.

People think you have to aspire to be a star photographer, and denigrate photographers making a living off shooting, let’s say, weddings for example. They comfortably walk into their offices every day, surf the web and drink some coffee, then out at 5pm, cash the check by the end of the month. They have no idea what it means to run your own business and being responsible for shit to actually happen.

Post takes up too much time to do it extensively, it won’t pay below the line. I try to shoot as spot on as possible and spare myself the computer work, it takes ten times as much time to fix things post production.

Then in the end, it’s all about a beautiful image. If that happens in the darkroom or on the computer screen after it was actually shot, so be it. Hell, you can paint it from scratch if that makes you happy! Everyone has to know for himself where to draw the line.

Semi professional Canon digital SLR bodies in combination with prime lenses. The pro bodies don’t deliver much advantage over the second range ones, they cost a fortune and are very quickly outdated, not worth the investment in my eyes. A good lens is expensive but will last forever if you treat it well.

I mostly carry a point and shoot camera on me too, one of my selection of 30+ analog cameras, choosing one depending on my mood. If I had to nail it down to one it’d be my Olympus Pen-d Half Frame, amazing camera, get one of these online, you’ll love it! Digi obviously would be more convenient, but I haven’t found a good alternative to the analog counterparts. I’ve tried all the Fujis and other system camera options, but didn’t like them. All retro and shit, but missing all the good stuff which came with a solid camera in the analog age. I don’t get it! I figure I can burn through a couple rolls of film for the cost of a digital point and shoot, so I’ll stick with analog for now.

As for flashes, Elinchrom does the job for me. I’ve been using those for years now and never had an issue, very reliable. Triggered by Pocket Wizards, what else?

Snowboard yourself and be stoked on riding. Go out there, shoot and do it passionately, be a good and hard working member to your crew, and learn how to judge your work objectively. If the setup you’re shooting doesn’t look good, you haven’t been hiking all the angles. After close to a decade and probably thousands of spots of shooting I still believe there is a sick angle to every single spot out there.

Can’t think of one. I like figuring stuff out myself, maybe a bit too much most of the time.

Shooting snowboarding professionally is tough, specially getting into the industry. What do you think separates you from the rest and made you successful?

I started off working in team management with Burton, so I was right there in the middle of it before I had my first photo published. Getting into the industry obviously was a walk in the park for me after I got offered that position. I think success in snowboard photography depends on the same values as in other businesses after your work is on a good industry standard. You have to be fun to hang with and motivated to work hard, people appreciate that. It helps to be a reliable partner too, pick up your phone, answer your mails, have your shit organized, NEVER ever fuck up on the hill as in leaving shovel and beacon behind, bringing empty batteries, only one glove, et cetera. The pros will do that all the time, they are the rockstars, they’re allowed to do that – photographers and filmers are not. Start bringing a spare setup of everything and you’ll even save someone’s ass sooner or later, they’ll love you for that. As in any other business too, be productive. I try to always shoot a second backup angle or sequence from the tripod as long as I’m working with available light. Riders risk their bones out there, they deserve to get the most out of it!

How did you start working for Burton? Explain your relationship with Burton and what it is like to work for them.

I had been working with Burton for six years and learned so much, they have been very supportive with everything so it was the best way and place to spend my twenties. I met so many good people there, made so many friends, I even met my girl there and became a photographer! All thanks to that company and the people there, I owe them a lot. But then, I felt like things weren’t moving quickly enough for me at the time, I needed something new, exciting. It all came down to changing things up, doing something different, taking on a fresh challenge. Some people can sit in the same environment with the same people forever, I’m surely not one of them, I have too many interests and plans in the back of my head which I still want to pursue. It keeps me moving.

I shoot loads of food, I have been specializing in that field during the past two years during summer and am working on launching a new website and all now together with my girlfriend. Food’s very interesting to shoot, completely different to snowboarding. It’s very detailed work, you need a lot of patience to get things right and perfect and when you do, shit just looks amazing! I get exactly the same feeling from getting a perfect food shot as I do from capturing the perfect moment in snowboarding, it all comes together, you look at it and you’re just so amped! And of course anybody who knows me could tell you that my passion for food is almost as great as the one for snowboarding, ha ha. You gotta be the right person for it though, I think all the detail stuff would drive most people crazy.

It can be tough during winter months, especially keeping a relationship going when you’re never home. But as with everything in life, you just have to set your priorities accordingly, and choose a partner who accepts that your passions make you who you are. Be selective with your trips, it will get you better results and less time spent on the road.

I realized at one point that I get way better quality work out of short trips where people know shit has to get done, as opposed to long windows where everything can be postponed to the next day.

I think most of my work is just a regular craft and I get creative fits once in a while.

I’m honored my work is being shown side by side with the pictures of all the other great photographers in this book. This list of them includes mentors and huge influences of mine, they are the true artists.

Thanks Gonzalo for putting this great project together! People like you who get stuff done out of love are who keep this world going.