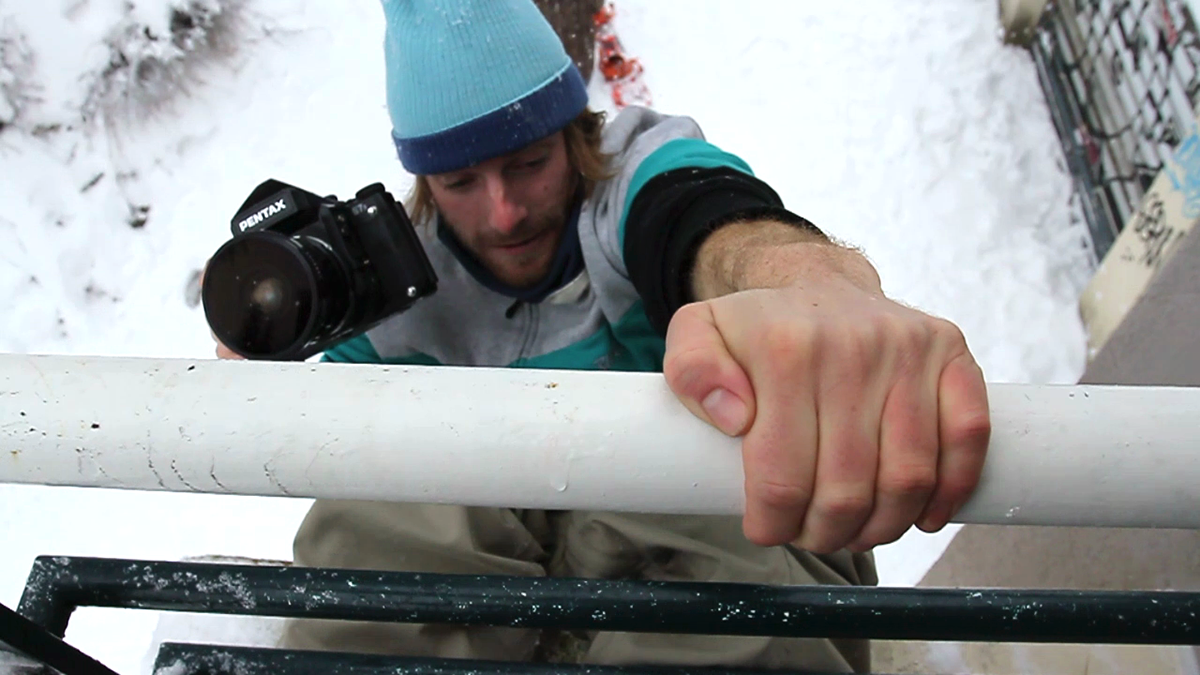 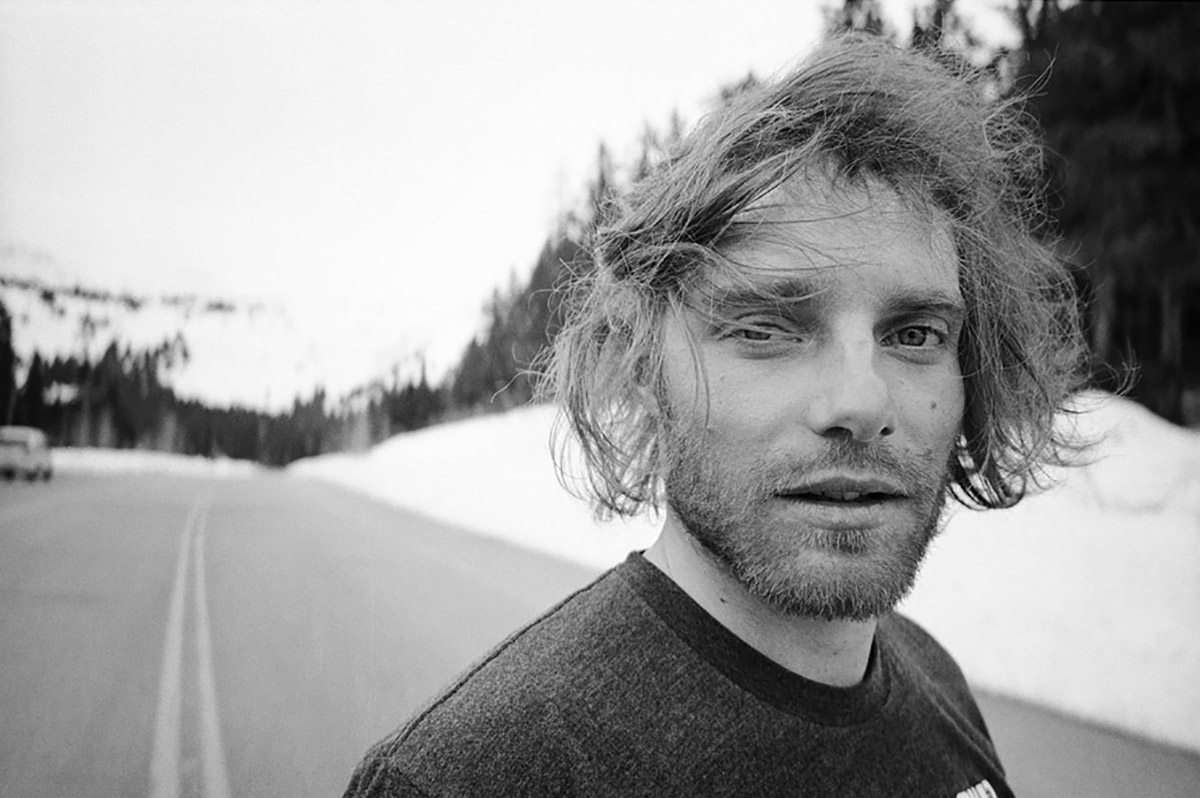 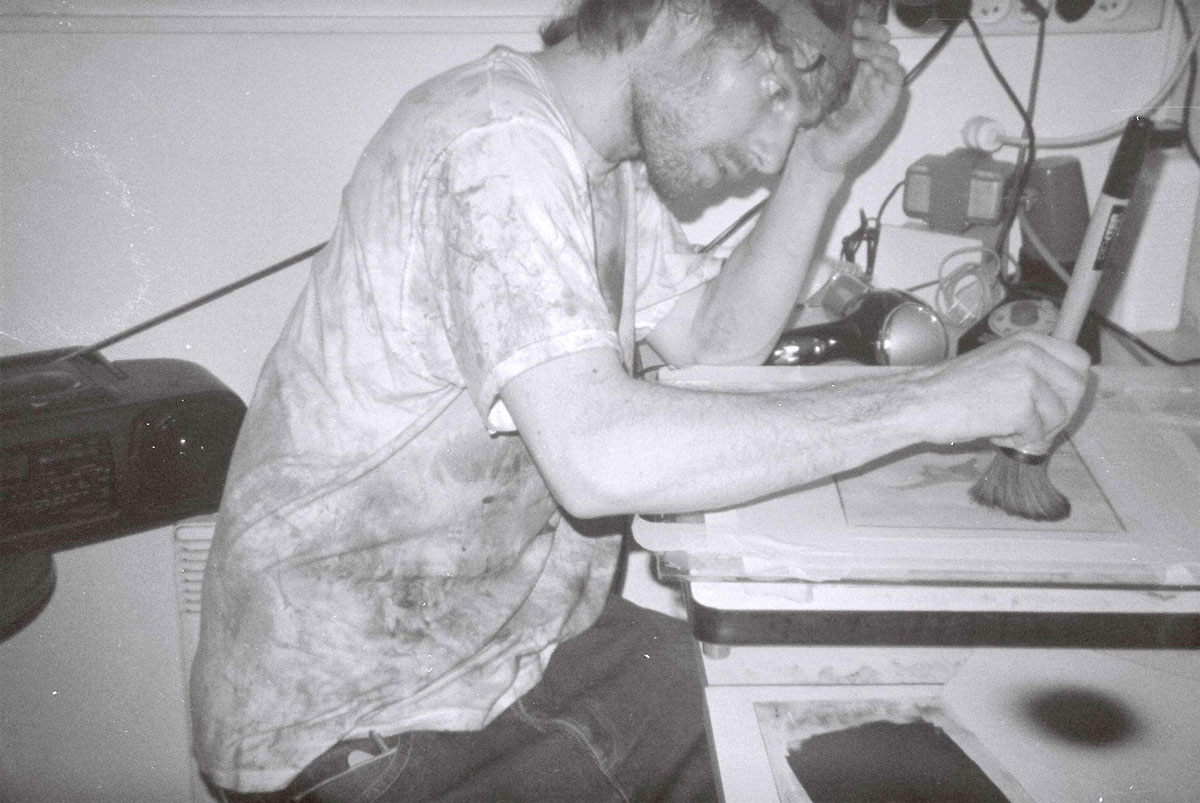 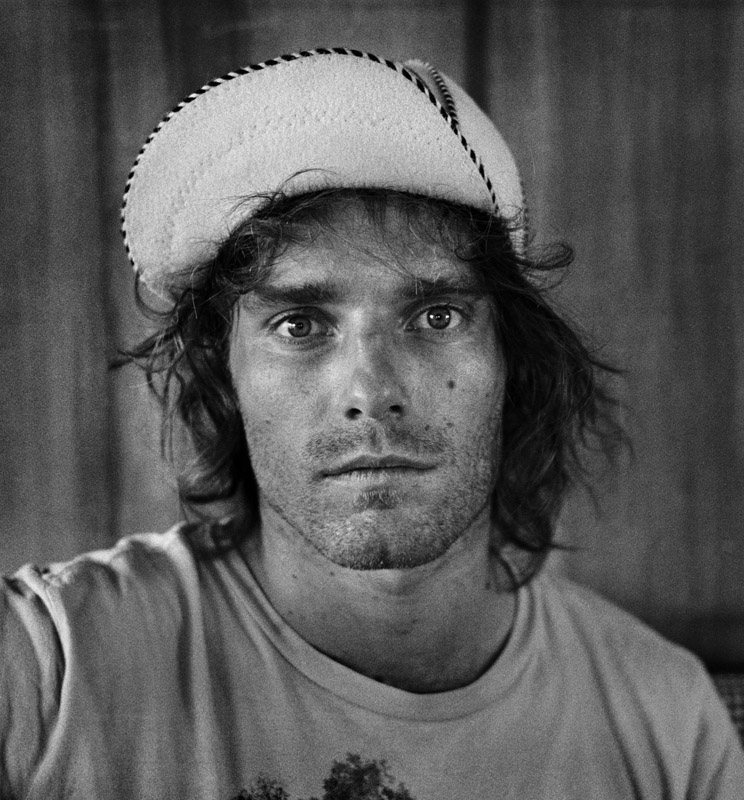 I grew in the suburbs of Paris in a nice and lovely family. My parents had good jobs and I was very lucky to go to ski in the Alps during the winter holidays when I was a kid. I skied for a while until at the age of 11 or so I saw a dude snowboarding at my local resort, jumping here and there and doing a 360. The next day I went to rent a board and never got back to ski. It must have rung a bell of freedom and freestyle in life that was already in me, because I was also starting to try to skate around my streets with homemade skateboards. I didn’t even know that ollies existed at this time. Later I found skateboarding friends because there wasn’t any in my school, I always felt a little different from the other kids, I must say, and we went downtown Paris to skate around the big boulevards days and nights. I couldn’t wait the next winter holidays to snowboard again. I went everytime I could, finished school at 17 and a couple days after turning 18 I got my driving license, got the old car from my older brother and pretty much left everybody, being my family and friends, behind for the Alps.

Did you take any formal training? University or the like

At this point I went to university, extremely lucky again to have a rich enough family to support it, and spent every free moment to go snowboarding. I got kicked out of a big engineer school, then went to a physics and biology university where I was mostly a ghost. I started to make friends with snowboarders at the resorts around Grenoble and started to take photos of them at the snowpark.

I never have a plan before the season, I really try to stay as free scheduled as possible so that when it snows somewhere and a crew calls me asking “Can you be here in a day or two?” I can go. That’s how you increase your chances of sticking with good conditions throughout the winter. So usually I know where I’ll be the next two weeks but not much more, except when a trip is planned far away like Japan or Canada.

The crew works. It seems that you need to have real good friends in the crew so they help and support each other no matter how hard it can be sometimes to shoot, and push themselves further on every spot.

I don’t feel like I accomplished much you know! You could think that having many cover shots or such is a accomplishment but when you look back on it it’s not really what matters. It’s a circle, I’m lucky to be part of it and if a picture I took was not selected by a magazine to land on this or that cover then somebody else would have got it and it would be just as good. I feel accomplished when I manage to make a very good print in my darkroom. I’d feel like I came to a real accomplishment if by my photos even one single boy or girl got into snowboarding or snowboarding photography. The cycle would be complete I guess.

For sure I do, and a lot! Whatever it takes man! To each his own process. Personally since I shoot only film, when I scan my negatives and work them on Photoshop, I allow myself only the tools that I know I can use in the darkroom which are crop, dodge and burn (but not too tiny precisely), and increase contrast at different points of the curve. Not really for some respect of random rules but because when I have a good negative I know I will take it to the darkroom eventually and make a print, so if I can’t get to more or less the same result then I’d be bummed! But eventually the final contrast, details and such are usually way nicer on the print than on any Photoshop work.

For a couple of years now I stick to a Pentax 6×7 and a Nikon F4 or F5, plus a wide range of fun or creative cameras like Lubitels, point and shoots, old-timers, Lomos, …

Wow I don’t know. Don’t listen to any tips!

Hum… I don’t know. There is no need for a school or an academy for snowboard photography. It’s a very natural thing, you want to immortalize the sick trick your friend is sending and that’s pretty much all. Of course it goes way beyond that, you can portray its incredible passion, lifestyle and more with your photos. I didn’t really had questions, I just wished I could meet good riders and go on good adventures.

Shooting snowboarding professionally is tough, specially getting into the industry. What do you think separates you from the rest and made you successful?

Ah! I don’t feel like I am more successful than any other. It would all depend to who you compare yourself to. But even what is success in this business? But to answer your question, maybe the fact that I came back to analog photography gave magazines photos with different look than the large majority of millions of digis they receive every spring, and they took the opportunity to show different styles in their galleries and photo issues. But then again I’m really not the only film shooter out there, there are plenty of them and most of snowboard photographers shoot film as well as digi. So I’d have to guess that my photos had their own style and that’s what the magazine liked when they picked them up. You’d have to ask them.

Very mostly, yes. During the summer I now start to imagine “real world” photo projects but it takes a lot of time and sometimes I feel crushed by the amount of possibilities in front of me. So many themes, so many things I’d love to shoot a series of that I can’t seem to choose any and give myself the time and effort to complete it. But right now if you want to know, I’m working on photos of crows, as well as etchings on copper and other stuff. I’m interested in learning as many different graphic techniques as possible so that’s mostly what I do during my free time.

Traveling has it’s own balance you know. But of course after a while you want to go home to your girlfriend and then you have to leave again. It’s not always easy but it’s probably less easy for our girlfriends. They need to find their life balance as well when they are alone so the relationship can work.

You only shoot film. What is your reason? What does it give you that digital doesn’t?

The feeling of making your own prints is now my number one motivation for shooting film. There is plenty of creative processes to do so, hundreds of way to create a print from a single negative so that there’s no reason to get bored. I also love the grain and textures a lot.

Thank you very much for doing this book!!